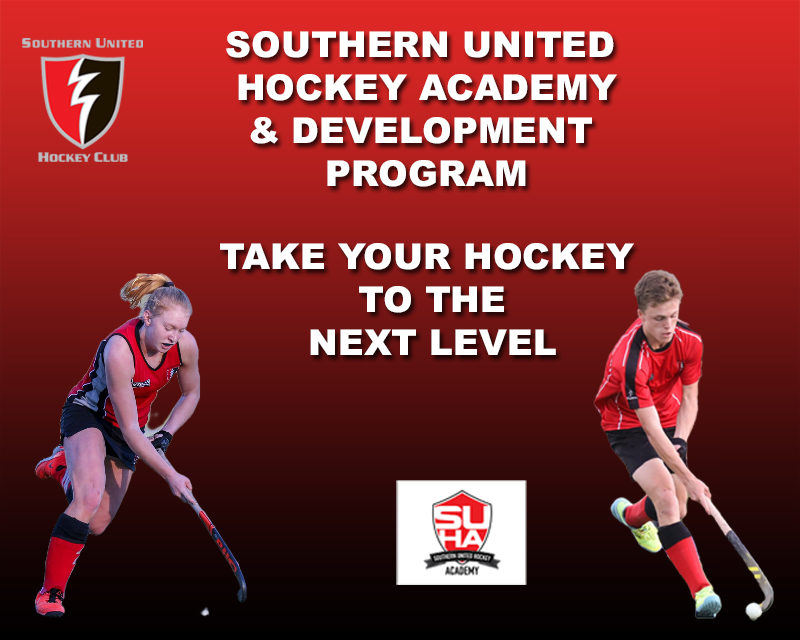 SUHA has a strong tradition of developing Shield, Representative, State and National level players. In 2020 the program will be split into two groups: Southern United Hockey Academy (SUHA) and Southern United Development Program (SUDP)SUHA in 2020 is by invitation and invites have sent to those players eligible: 2019 Shield players and players in HV Academy, HV State teams and participants in Junior State Championships.

Hockeyroos star Amy Lawton encourages everyone invited to be part of SUHA to take up the oppurtunity.
Amy participated in the programs before coaching some of them over the past couple of years. Amy’s eagerness to learn, improve and develop has been a big factor in helping her get where she is now. She is a great role model for all aspiring hockey players out there!

As previously announced, SUHA (Southern United Hockey Academy) this year will be slightly different to previous years. Invitations to SUHA are being sent to those players who played Shield level in 2019 and/or participated in JSC 2019, participated in HV Academy, played HV state team (including train-ons), played SSV in 2019 and/or was an award winner at the junior pre- sentation night 2019.
If you meet the requirements but missed the email or can not find the link – https://www.trybooking.com/BHZMI