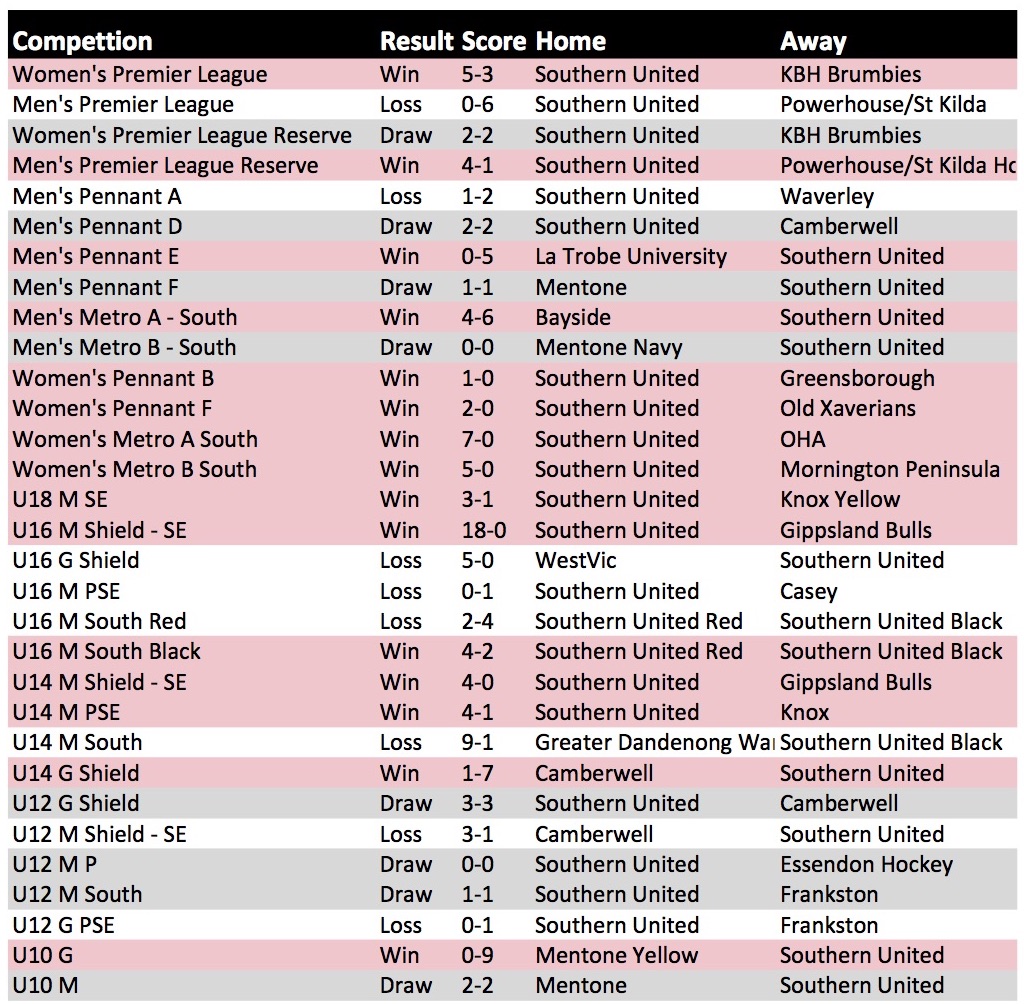 Round 1 Juniors saw some incredible results. Congratulations to the many players who played their first club hockey game on the weekend. A huge thanks to the age co-ordinators, coaches team managers who make it all possible, and of course to the parents who are happy to cart their children to and from hockey.  Not only did we have new players, we also had new coaches in juniors, thanks Troy Reddell, Jen Aschoff, Matt Brougham, Greg Edwards, Kath Dale and Michael Gow for taking the reins for these junior teams for the first time. Your work is truly appreciated.

So many bright and new uniforms on the pitch at Mentone for the Under 10 half field games.  The under 10 girls, with Lisa Carruthers handing over to Laura Cox and Alice Arnold, saw the new girls team walk away with a win over Mentone’s girls 9-0 with Holly Pinckard in her first game of hockey scoring a hat trick.  While the boys under 10 team, a completely new team, no player ever having played half field before had a great draw against Mentone with Charlie Gow scoring the two goals.

With five under 12 teams there were a lot of new under 12 players.  Under 12 mixed shield started the season with the tough game against Camberwell, and despite some strong work by the team went down 3-1. Under 12 mixed pennant, where only 2 players have ever played full field, and in fact 7 are still under 10, finished with a great result for their first game with a 0-0 draw against Essendon. The under 12 south also finished with a draw against Frankston.

Under 12 girls shield who were beaten by Camberwell in a practice match last week, had a great turnaround to finish with a draw, Puck Okhuizen taking a hat trick, while under 12 girls pennant played Frankston and went down  1-0. The pennant result deserves special attention, many of these players are new to hockey while Frankston had some significant experience in their team.  Two additions to our girls pennant team are Maryke and Larissa Boshoff, who following in big sisters Carien’s footsteps have joined the club, as has their older brother Marco.  Also in the Under 12 girls pennant team was Eve Dartnell, just completing hook in 2 hockey next week. Great work girls.

Under 18 started the year well with a 3-1 win over Knox with Taylan scoring 2 and 1 to Cooper.

With the influx of the “Castanelli crew” a group of Haileybury boys has given us great numbers of under 16 this year with 5 teams hitting the pitch. Under 16 mixed shield showed the newly promoted Gippsland Bulls that shield is a very different competition to pennant with an 18-0 thrashing with a goal fest from Carlin and Craig.   Under 16 mixed pennant played a really strong game with most of the possession but struggled to get the ball in the net going down 0-1. Under 16 South played a derby in great spirits with the Black team, based at Dendy who has Premier League coach Matt Brougham coaching during the week and Greg Edwards for games came away win the points over Warren’s Farm Rd based team 4-2. The black team has been made up of an influx of the “Haileybury boys” where Tom Castanelli has been joined by his brother and 4 other Haileybury boys. Under 16 girls shield were not able to get to Ballarat and back in what would be a normal night and had to forfeit the game.

Under 14 Girls shield travelled to Camberwell, and any game against Camberwell is going  to be tough, but the strength of our under 14 girls, or was it the power of super coach Shan, shone through with a 7-1 WIN AGAINST CAMBERWELL!!!!  Under 14 Mixed shield played the Gippsland Bulls as well at Farm Rd, and once gain showed strength of the team with a 4-0 win. Under 14 mixed pennant met Knox at Brighton for an awesome 4-1 win to start the season. Pennant is always an interesting competition and to get a win to start the season is great.  Under 14 south  could not keep up with the power of Dandenong going down 1-7..

Women’s teams had a great weekend with no losses. A draw for the women’s premier league reserves, and wins for all other women’s teams.

Round 2 of the pennant and metro saw some good results.

Pennant A just could not get over the line against Waverley, 2 very close losses in a row, Next week guys!!

Pennant D after playing 2016 runner up last week for a draw, they played 2016 premiers Camberwell this week. After a strong start from Camberwell the team held on and then fought back in the second half to finish with a 2-2 draw. Two draws to start the season against last years two top teams.

Pennant E with three sets of siblings, Eddingtons, Fishers and Harveys tripped to La Trobe for a huge 5-0 win, with 2 goals to Liam Eddington, and David Fisher, and 1 for Felix Harvey.

Pennant F  draw against Mentone had 13 year old Jacques Carstens in goals for his second senior game, under the watchful eye of dad Louis also on the pitch in the 1 all draw, men’s section president Mike Campbell scored the one goal.

Metro A played Bayside at Brighton. It is great to see  some of our junior graduates returning with  Lachie Collie scoring two goals, and a 4-6 win over Bayside.

Metro B team was probably the youngest men’s team on the pitch, with Ed and Nick Fizgerald, Lachie Paice and Aiden Mosford, and  two father and son combinations – Paice and Williams. Under the guidance of some older hands in the team the younger players speed and skill gave them a draw against Mentone. 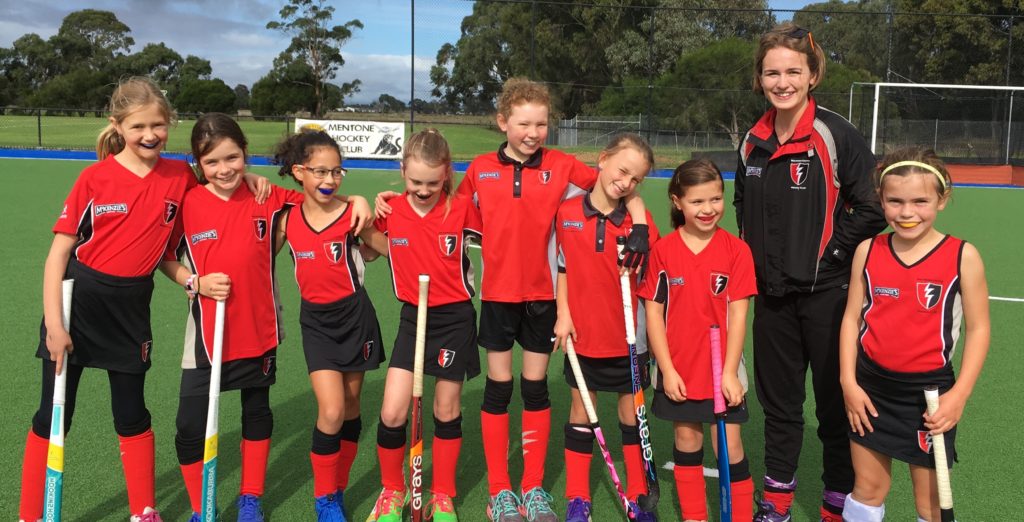