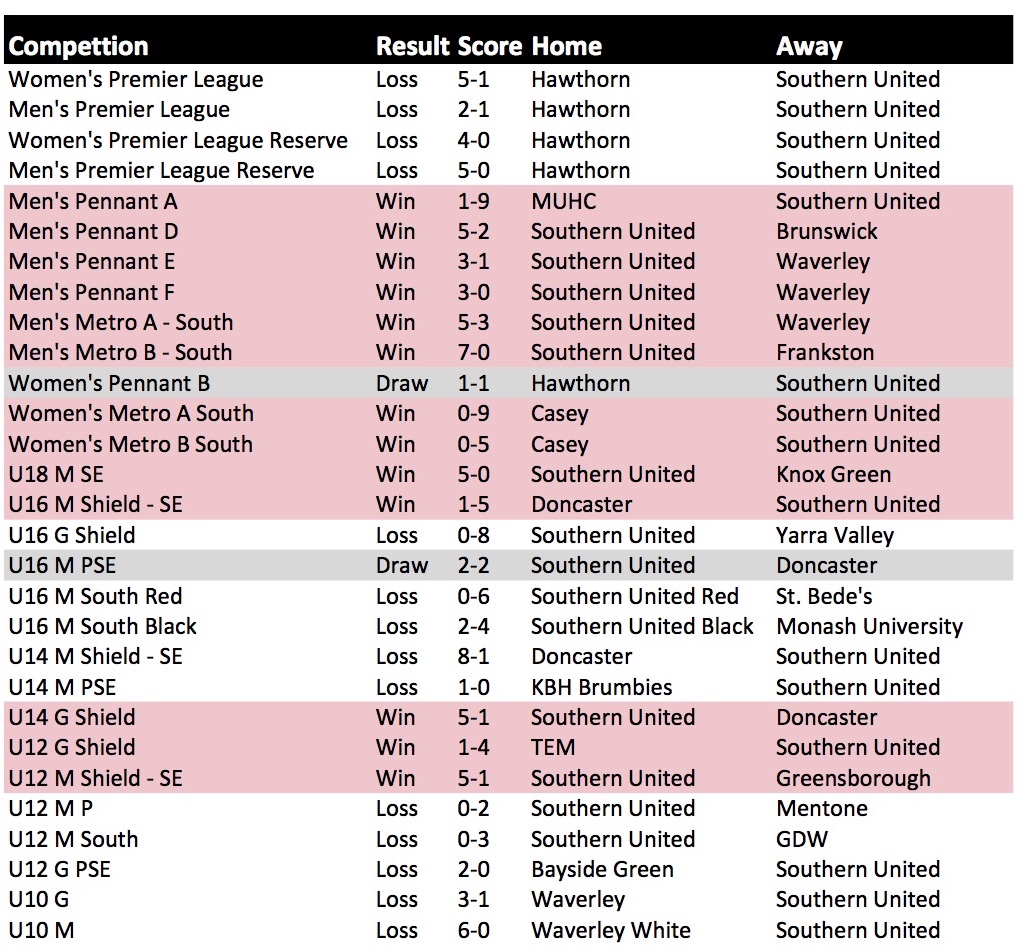 Men’s premier league faced Hawthorn for the 2nd time in 3 weeks, with results not as strong. The firsts went down 2-1 while the reserves after holding Hawthorn to 1-0 for most of the game, could not withhold a Hawthorn onslaught in the last 10 minutes going down 5-0.

A great result for all men’s pennant and metro teams with every team taking 3 points.

In a big afternoon of hockey at Farm Rd, Men’s Pennant F and E played Waverley, followed by pennant D against Brunswick with wins for all teams. The highlight was the wonderful Chris Abaniel taking on the goalie role for Pennant E and playing a great game including the saving of a stroke. Chris – the ultimate club person.  The three teams have started the season well with Pennant D – 2 draws and a win (draws against last top 2 teams), Pennant E – 2 wins and a lost, and Pennant F -a win, draw and loss.

After two very close losses, pennant A had the joy of playing at Melbourne Uni and came away with a massive 9-1 win.

On Sunday the metro B team with the mosquito squadron of small players took the honours against Frankston winning 7-0, while metro A beat Waverley 5-2.

The women’s metro and pennant team, like the men’s section, had a successful weekend. The Pennant B ladies with a last minute goal by Loren Tyrrell came out with a draw against Hawthorn, while the metro A and B teams travelled to Casey to show Casey how to play hockey with 5-0 and 9-0 wins on the new, Casey pitch.

A tougher round for the juniors this week.

With the Mt Gambier Jazz festival taking children from all teams there was lots of fun in getting teams on the park. Thanks to all the players who doubled up in 16s and 18s: Michael Birkett, Rylan Pease, Ben Thompson, Kate McNess, Jonathan Lew, Jess Grant, Hayley Verbunt.  Many of the teams played the giants of Doncaster – what do they feed those kids out there.

Under 16 mixed shield played Donnie at Donnie and showed the power of an awesome striker with Carlin Walker. Under 16 mixed pennant played Donnie at Brighton and came away with a 2-2 draw, a good result for the very young team, against Donnie who were second on the ladder in both 14 pennant competitions two years ago.  The under 16 south Red played a strong and fast St Bedes with St Bedes clearly taking the points with the some great work from Michael Birkett despite the tough score line. Under 16 south black played Monash, the Under 14 south premiers from last year, and Monash showed why there were that last year, taking the points in a 4-2 win. Under 16 girls had their first hit out for the season after a fractured pre-season, the girls began to pull together to put together a better second half with Yarra clearly taking the points.

Under 18 mixed  after playing Knox last week, played the other knox team this week for a similar result with a 5-0 win.

On Saturday morning, under 12 mixed shield bounced back from their loss against Camberwell with a strong 5-0 win against Greensborough where 5 different players scored a goal. 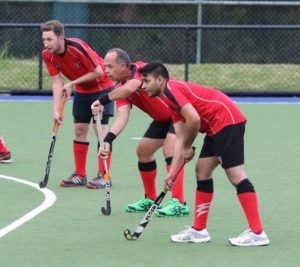 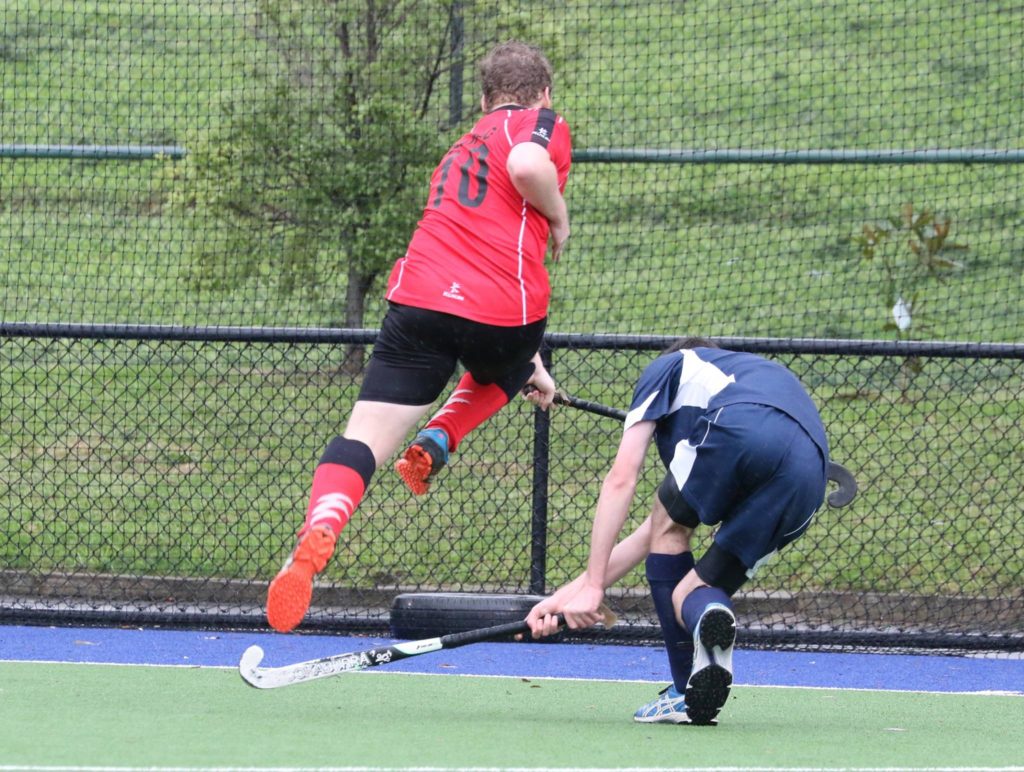 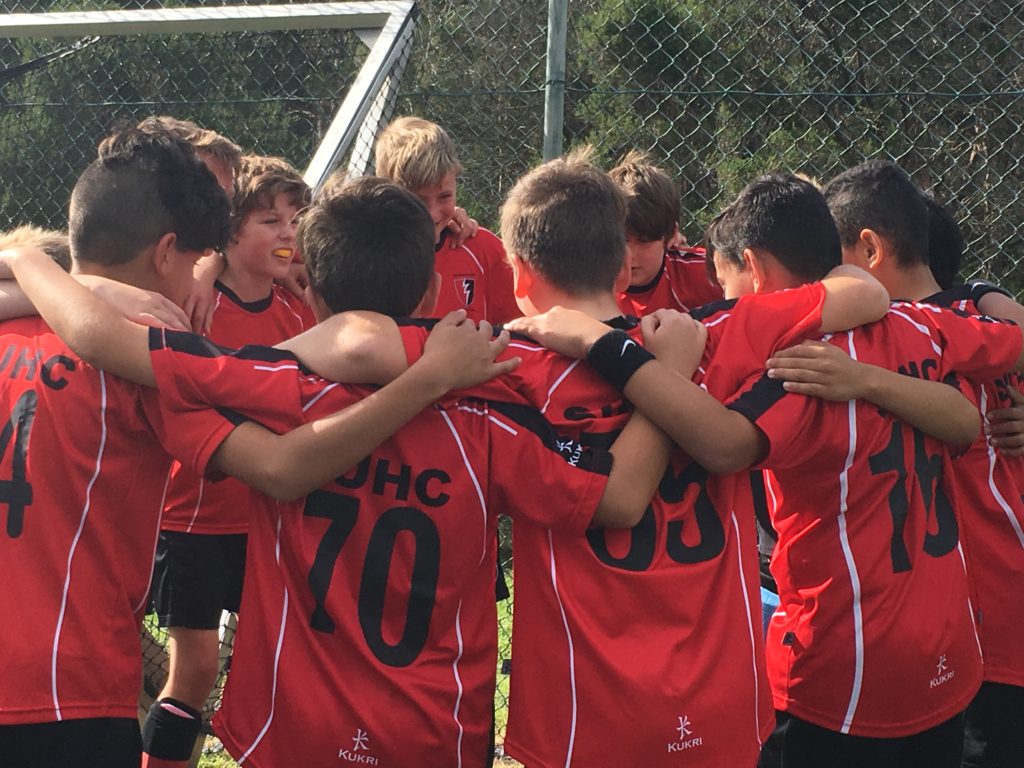