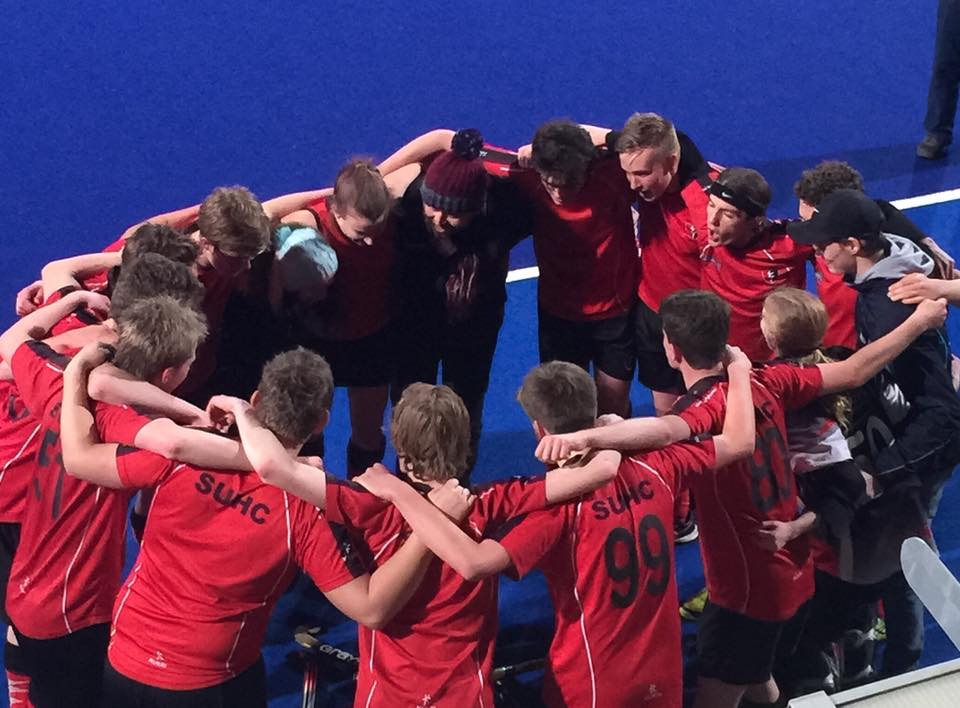 Three minor premierships for our junior teams in 2016 with Under 16 Mixed Shield, Under 16 Mixed Pennant and Under 12 Mixed shield finishing the season top of the ladder.

With the last round, the final four were set for many age groups, but not for under 18s. The game between Greensborough and Southern was a do or die, with Southern needing the win to get in to the four with equalisation points, and win they did with a magic touch from Emma Leighton in goals during a PC in the last minute.

Other junior teams through to the finals are: Under 16 South, Under 14 Mixed Shield SE, Under 12 Mixed Pennant.

Congratulations to all teams that have played this year.

A big match night at Farm Rd saw the a night of shield hockey. The Under 14 mixed shield NW started the night, at home in one of their rare games at Farm Rd. The team used the night to show how much this crew of boys have improved over the season, sure they went d 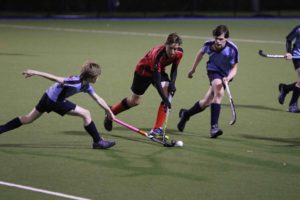 own to Footscray,  but the game they played would have been completely out of their reach 14 games ago. Brilliant work from the boys and Con.

Under 14 girls were next up at Farm Rd, with a tough match against Geelong. The match was close with both teams threatening to get over the line, but a 1-1 draw finished the season for the girls. A great result for the game for Southern. It was a do or die game for Geelong, losing put them out of the 4. Showing the strength of the girls in what has been a challenging season for them. Thanks to the many coaches who have helped with the team this year: Phoebe, Julie, Amy and Nicole.
Under 14 mixed shield SE after a loss last week to Yarra wanted to show they deserved the finals, and that they did with a strong 4-0 win over TEM, giving them 3rd on the ladder, and a game agains Camberwell in the final. Last on the night was the Under 16 mixed shield also smarting after a loss to Yarra last week, but  cleared the slate with a strong 7-0 win over Donnie giving them the first spot on the ladder in to the finals, facing KBH.

Under 16 Mixed Pennant finished the season with another win, 1-0 over Mornington. This team has had a stellar season with one loss for the whole season. Under 16 South played Knox, they went down 1-0, but keep their 4th position for the finals next week, 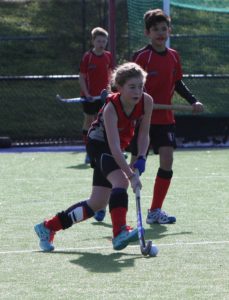 Under 16 shield girls faced the tough Mentone girls at Mentone, with Mentone taking the points in a 3-0 win. I do hope not too much fun was had at Maccas on the play equipment after the game. While the under 16 pennant girls made the long trek to Casey with Casey taking the points. Special mention needs to go to these girls, and their amazing coach Lex. The girls have had a tough season but kept on trying and smiling, while Lex has coached the girls, while his own daughters play elsewhere on a Friday night. Thanks Lex.

Our U14 Mixed Pennant team played our final home & away match away against Dandenong. As usual it was a dry Friday afternoon until the start of the game when it rained heavily making conditions slippery for both sides. It was an even contest in the 1st half with both sides attacking the goal without success. There was a slight break in the weather during the half time break but once again the rain started to fall during the 2nd half. There was a great shot at goal by Kaelem Campbell getting through Dandenong’s defence making the score 1-0. Unfortunately, Dandenong also scored a goal not long after levelling the match as a 1-1 draw at the final siren.  Thanks to all the parents throughout the year for driving the players to the grounds and supporting each week with oranges at 1/2 time or lollies after the game. Well done Southern!

Under 14 South played St Bedes for their last match with a close game 1-0.

On Saturday morning at Farm Rd, the under 12 mixed pennant started the morning against top of the table Mornington, with Mornington taking the points, with the mixed pennant team finishing 3rd on the ladder. The under 12 mixed shield  played Yarra for a strong win, like the U16 pennant, they had only one loss for the whole season, finishing a clear on top of the ladder.

Under 12 south red and black finished the season at Dandenong and Mornington.  The players have worked hard all year learning many new skills. Thanks to the coaches for the work they have put in.

Under 10 girls finished the season on a high with a 5-0 win over Mornington. Great work girls. Thanks Lisa for is it fourth or fifth year of coaching the minkeys then under 10s. Under 10 mixed have had an awesome season, the boys are a very young team with only two top age children who are top age. With one loss and one draw for the season and 98 goals for the season, they finished as they played all year with a 15 goal win over Frankston. The team worked well together, moving the ball across the pitch and drawing their opponents allowing for some great goals.

The under 10 quarter field teams also finished their season with the last 3 rounds held at Mentone. A great season for a keen group of players whose skills have improved every week.

Round 17 was a round of home games for the Men’s section with our PL teams playing host to Essendon.  It was a very tight game with Essendon with Essendon scoring 25 minutes into the game.  Matt L’Huillier returned the favour 2 minutes later and the score remained at 1-1 until the opposition scored with 5 minutes to go.  The guys went down 1-2.  The Reserves were a little luckier and with the score 1-1 at half time, the boys were able to score giving us the win.  Goal each to Tessa and Tim Dale.

MPA took on 5th place TEM who needed a win to get back into the 4 so was going to be a tough game.  After several close scoring opportunities the boys managed to score off 2 Penalty Corners with Jono Stewart & Liam Eddington getting the ball into the back of the net.  Our defenders worked hard as TEM’s tried to get back into the game but the guys held tight with the final score being 2-0.  This leaves the MPA team currently in top spot with 1 game to go.  A win this weekend will secure that for them. 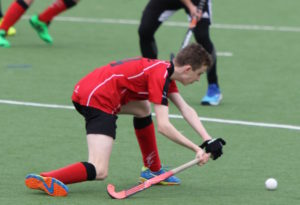 Pennant D continued their rush to the finals with an 8-0 win over Brunswick who never really looked in the game.  With goals coming from everywhere including 4 to Jesse Workman and 1 each to Jesse Mulder, Cai Henzell, Shane Campbell & Liam Hendricks.  The guys are in 3rd spot and need the cards to fall their way to get a double chance but are definitely in finals.

The Pennant E team continued to be the unluckiest team in any competition with a 3-2 loss to Werribee. Yet another game that was just so close, with Werribee scoring their third goal in a PC after the siren.

MPF took on Waverley and came away winners with a 4-0 scoreline.  Goals to Ed Arnold, Steve Georgeallis, Dave Fisher and Jarrad Camille.  This puts the team in 2nd spot but they still need a win this weekend to secure the double chance.

MMA kept their finals hopes alive with a 5-0 win over Casey.  Tough final draw but hoping they get the results they are after.  Goals to Jarrad Camille, Liam Lewis, Mark Lambert and 2 to Jason Bloms. 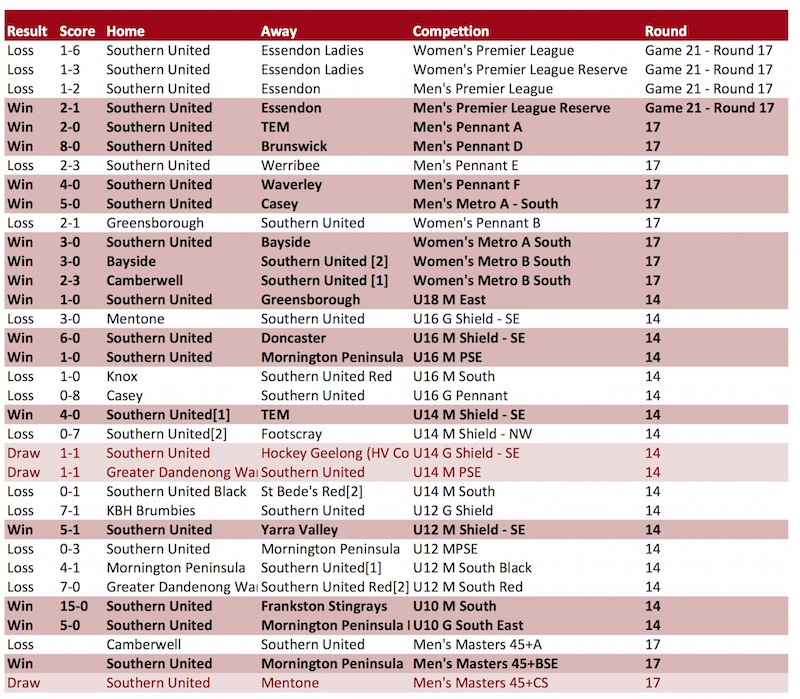