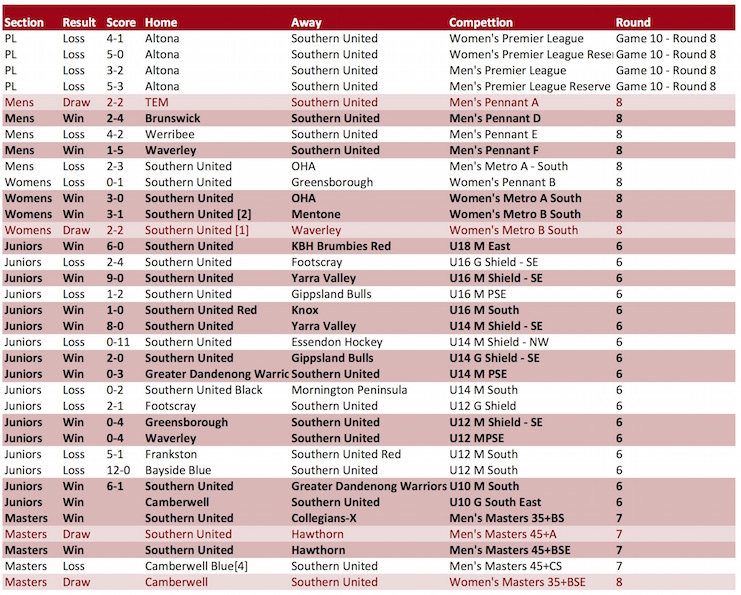 Wet probably best describes round 6 for the juniors. The rain started before the first game on Friday night and continued all through Saturday morning.  The Southern juniors must have revelled in the conditions with some great results.

The under 16 and 14 mixed shield SE teams both played Yarra, one at Brighton and the 16s at Farm Rd. The 14s played a strong team game, rallying after last weeks loss with the two injured players from last week cheering from the sidelines.   With some great passing work the score line finished with a big 8-0 win for the 14s, with the 14s keeping their 2nd position on the ladder. The 16s had a similar result with a 9-0 win, giving them top spot on the ladder. 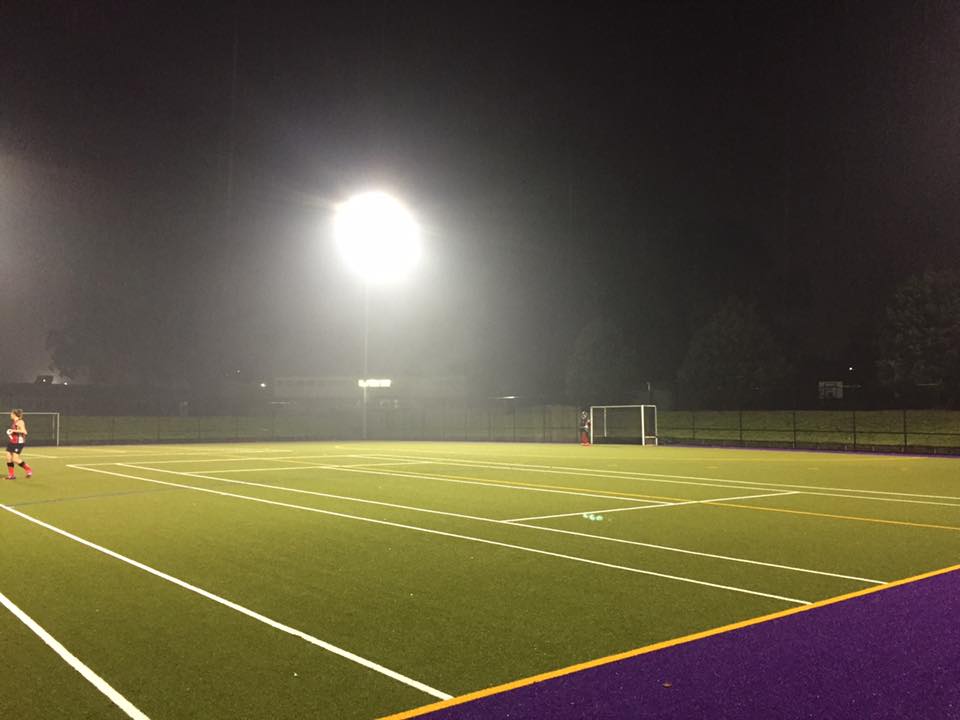 The under 14 shield NW team, have finished their first round of games, and met Essendon for the second time. In round 1 it was a very tough 16-0 loss. The change in the boys was evident for the game with a lot stronger attacking play, especially in the second half. The boys really matched well against Essendon, except for 2nd 15 minutes in the first half the boys held Essendon well. The never say die attitude of the boys Reilly, Ewan, Anthony, Lucas, Rory and Nick was evident. Reilly played a great game often matching up against U13 Blue player in Essendon and not letting him get away with much.

The under 14 pennant team are continuing to show great strength with another win, this time against Dandenong, while the under 14 girls played Gippsland for another 2-0 win.

The under 16 pennant team have played a great season so far, Gippsland Bulls were too strong for them on Friday. Their great goal difference will keep them on top of the ladder.  The under 16 south got their 2nd 3 points for the season with a win against Knox.

On Saturday morning the under 12 mixed shield and mixed pennant continue a strong start to the season with another win against Greensborough and Waverley. While the under 12 girls facing Footscray for the 2nd time for the same result, with the girls playing a stronger game.

The under 12 pennant team continued their great season with a 0-4 win over Waverley. While the under 10 girls travelled to the State Netball and Hockey Centre. Their first exciting game at the hockey centre was interesting with the rubbish bin and tyre acting as the goal, but the girls shone through with a 6-0 win over Camberwell.  While the under 10 boys had a 6-1 win over Dandenong in the only Southern home game on Saturday morning.  The under 10 1/4 field teams playing in Northern Sharks Hockey League were happy to accept the extra encouragement in the wet weather with the Orange team getting the top supporters award. 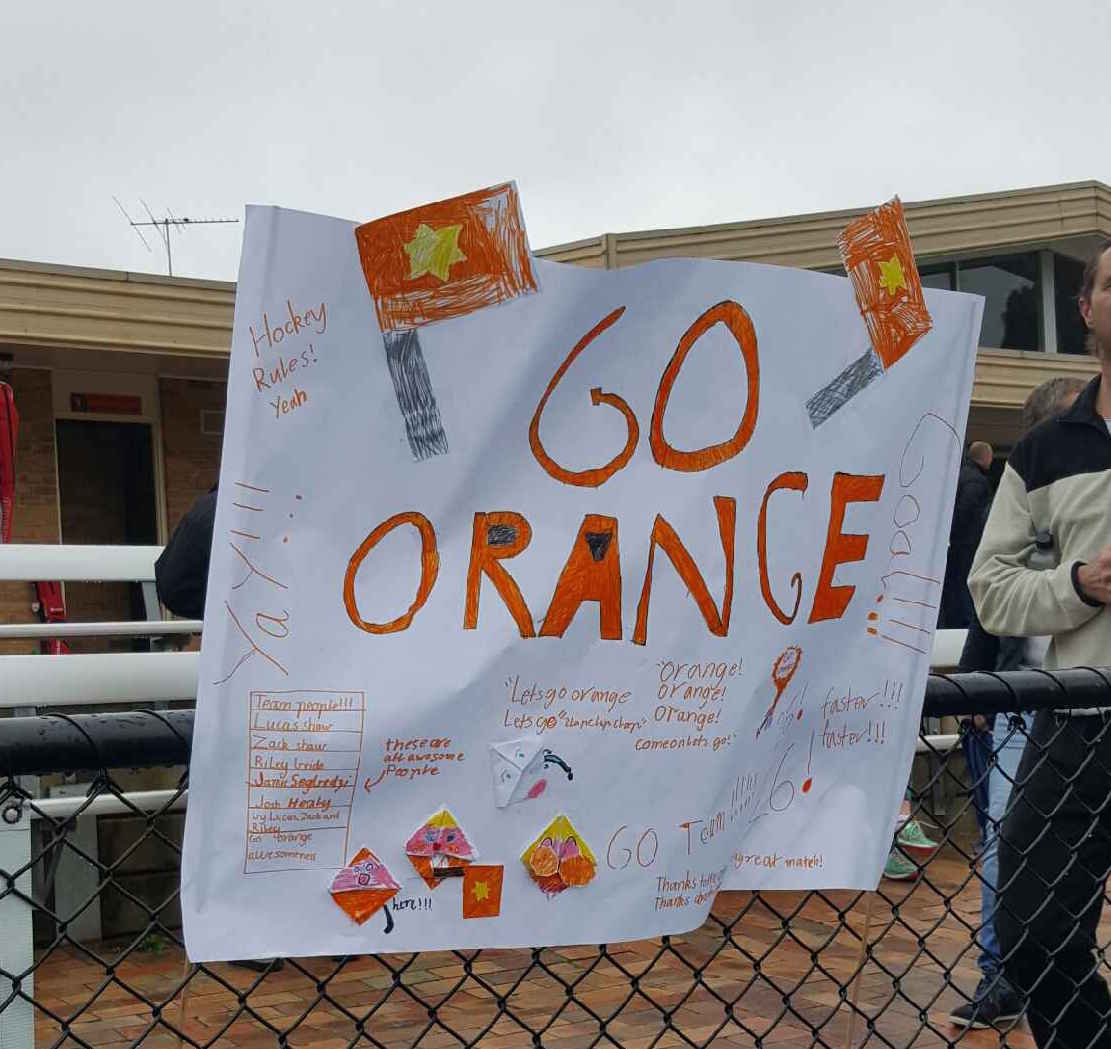 WPL – played a hard game against top 6 side Altona going down 4/1 out at Altona.

WPLR – also had a tough game going down 5/0. Both sides in patches showed their potential which will come in time.

WPB – looked good against Greensborough but couldn’t make the most of their opportunities going down 1/0. Still in the top 4.

WMA – played their best game of the year getting up against unbeaten OHA 3/0.

WMB(red) – Looked the goods against Waverley but some missed chances in goal ended the game in a draw 2/2.

WMB(white) – Our newest team remains unbeaten winning 3/1 against Mentone. Both teams in the top 4 with the white team only 1 point behind the Red’s.

PL teams travelled to Altona to battle it out against the A’s.  Both teams played well but couldn’t get the points with the Reserves going down 3-5 and the PL 2-3 after a controversial goal.  Both teams showing good signs for the 2nd half of the season.

MPA took on TEM at H2.  It was a very tough battle but the PA guys showed yet again their determination and came back from 1-2 down to score from a PC after the final whistle to draw 2-2.

MPD sitting mid table needed a win this round to help them get to finals and got it after travelling to Brunswick winning 4-2.

MPE had another slow start to the game and were 2-0 down 10 minutes in. The team rallied and with most of that attack in the 2nd half were 2-2. The last 4 minutes did not go to plan. A goal from Werribee followed by the Southern goalie out for 2 minutes.  Mike Brooks stepped in as the brave field player with goal keeping privileges, but with a penalty corner in that time, it left the team with a disappointing 4-2 loss after a strong game.

MPF showed that they are Premiership contenders by winning 5-1 against Waverley.

MMA were unlucky and went down 2-3 against OHA at home.

MMB had a Bye this weekend.