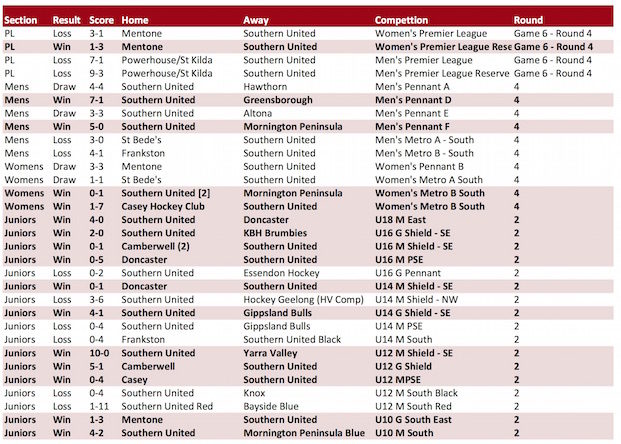 Friday night was a big night at Farm Rd with the women & girls round taking centre stage. The under 14 girls shield team with great team passing beat Gippsland Bulls 4-1, giving them a great start to the season with two wins. Molly O’Neill was awarded the Best on Ground medal for the girls round. The under 16 shield girls after a tough loss came back with vengeance to beat KBH Brumbies 2-0 with Olivia Carruthers taking the girls round Best on Ground medal.

The under 18s followed the two girls matches with Buddha leading the under 18s to two wins in a row against Doncaster with a convincing 4-0  with goals shared around the team.

Over at Doncaster the Under 14 Mixed Shield SE team faced Doncaster, who had beaten Camberwell the week before. In a very tight game, a classic Davin goal sneaking around  a very crowded D to sneak the goal past put the team 1 up. With some great defence in the last few minutes the team kept the scoreline 1-0. The Under 16 Pennant team after a great win after Casey the week before followed up with another strong win over Doncaster.

The under 16 mixed shield team played Camberwell at Camberwell in a rematch of the 2014 under 14 grand final. The result was similar with 1 goal from Carlin in the first 10 minutes leaving the score 1-0 with a win over Camberwell.

The under 14 mixed shield NW team after a really tough loss last week showed their strength in their game against Geelong at the Hockey Centre. With the game goal for goal for the first 45 minutes at 3-3, then the Geelong players pulled away in the last 15 minutes to take the game 6-3.

The under 16 pennant girls played at Brighton against Essendon Ladies. Essendon ladies have only the one under 16 girls team, so a great achievement for the girls to keep them to 2-0 loss, and Indigo Brighton-Knight taking out the women’s round award.

On Saturday morning at Farm rd, the under 12 shield made it two in a row with a massive 10-0 win over Yarra with Lachie Paice scoring the lions share of goals, while the under 12 pennant also made it two in a row at Casey with a 4-0 win. The four goals scored by new players Cameron Smith, Gabrielle Tannen and Alfie Ferdinand. Imagine what this team can do when these players have played more than two games of hockey!!  The under 12 south teams had a tough morning against Knox and Bayside while feeling their way with new players. The under 12 girls also had a tough match against Camberwell at the state hockey centre, our girls enjoyed the amazing experience of playing at the hockey centre, but Camberwell took the points.

The under 10 suffered the dreaded Monash parking nightmare again, with the mixed team winning over Mornington with Xavier scoring 3, while the girls with Lisa Carruthers coaching,  after a great morning on Friday speaking at the Hockey Vic breakfast with the stars, won 3-1 over Mentone. 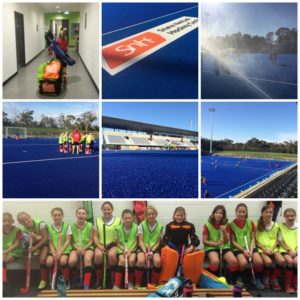 Under 12 girls enjoy the environment at the State Netball and Hockey Centre. First time playing at SNHC for many.

Women
WPL – Premier League Women had a tough game against Mentone and went down 3/1. Showed patches of what is to come from a young side being tested in the top league.

WPLR – The Premier League Reserves played the 1st game at Mentone & showed themselves to be the stronger team for most of the game coming away with a 3/1 win, making it two wins in a row. Neesha was awarded the best on ground medal for Women’s round.

WPB – Last year the side probably would have been happy getting some points but the team this year was unlucky not to win the 3 points against Mentone coming away with a 3/3 draw. This years side is sitting 3rd on the ladder & the return game at home will be a great game to watch.

WMA – the girls dominated a lot of the game but couldn’t capitalise against a strong St. Bede’s defence coming away with a 1/1 draw. Samantha Chew was awarded the best on ground for the women’s round.

WMB (Red) – not the greatest weather to be tracking out to Casey but the girls had a great 7/1 win. Three sets of Mothers & daughters played together in that game which happened to coincide with it being Mothers day & everyone enjoyed a game played in great spirit.

WMB (white) – for our newest side what a great result, a win against Mornington in their first game of the year. A handful of senior players working alongside a number of young players & some juniors playing their 1st senior game had a great win first up. 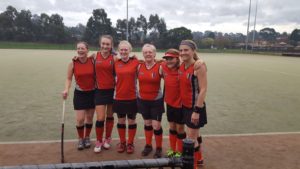 The MPL teams headed down to Albert Park to play PHSK on Sunday for their 2nd Live Stream game of the season.  MPL lost 1-7 and Res lost 3-9.

MPA came back yet again from 2 goals down to draw with Hawthorn in a feisty game at Farm Road on Saturday. All goals scored from PC’s with 1 each to Tim Dale and Tom Hamilton and 2 drag flick goals to Liam Eddington. The competition is very close with 35% of all games being played in the grade so far this season ending up in draws. SUHC take on Altona (so 1 v 2) at the SNHC next weekend in what should be a good contest.

MPD met Greensborough and came away with a 7-1 victory. Good to see some of the older players playing with our up and coming juniors. 2 goals each to Jesse Workman and Nath Shannahan, 1 each to Jarnail Singh, Jesse Mulder & Lachlan Edwards

MPE took on Altona in a very close contest with SUHC leading for most of the game but had to settle for a draw when Altona scored in the final minutes to equalize 3-3. All 3 goals were back board smacking goals – 1 from Cai Henzell and 2 from Mike Brooks.

MPF had the late game in the Pennant Big Match Day at Farm Road taking on Mornington and beating them 5-0. Goals – 3 to the Fisher Brothers, 1 Julian Pratt and 1 to Hugh Stimson

MMA – St Bedes were too strong for our boys and they went down 0-3.