Four teams will be playing grand finals this coming weekend. Time and dates to advised. Please come and support our club.

Southern United has been awarded the best junior girls club of 2017. We also won this prized trophy in 2014 and 2015. This award highlights the dedication of our coaches, our players and their parents. Congratulations to all our coaches, coaches of the girls teams this year, and also the coaches that have helped the girls over the years, our dedicated goalie coaches, our coaches at Southern United Hockey Academy and McKenzies skills clinics, the coaches that have coached the girls in their teams over the years.

Five teams in to grand finals, four of these teams being shield teams. Two premierships – Under 12 girls shield and Under 18s, and two teams finishing so close to lose in penalty shoot outs. What a weekend.

The track record of the club in the highest grade of junior competition over the past years has been nothing less than impressive. A huge congratulations to all who are involved in the club. 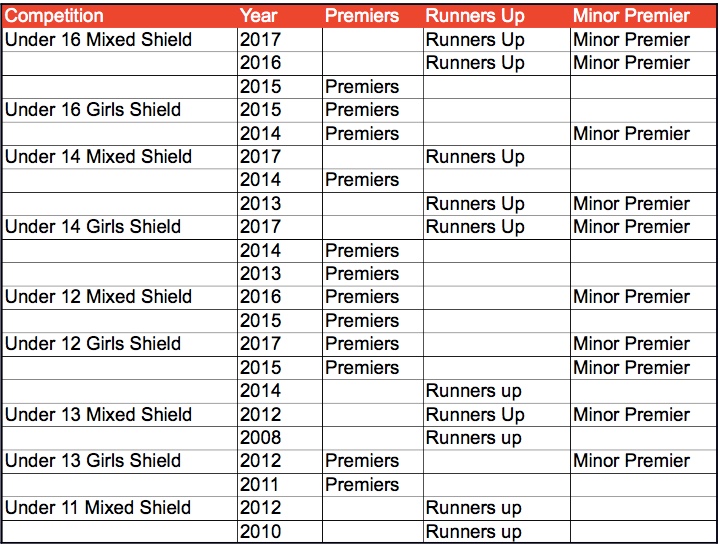 So close sums up the weekend for our men’s premier league and reserves teams. To make the finals was an achievement, to get through the first round of finals even more so, and then to lose both games in the final seconds, just so close.The premier league team played Altona on Saturday at the Hockey Centre. With two goals from Josh Mulder and one from Craig Marais, the team were 3-2 up at the 53rd minute. With flicking specialist Andrew Scanlon receiving a green card for Altona at 63 minutes, the game seemed that much closer, but once Goldie returned to the field, he did his damage with a goal at the 67th minute to bring the scores even, then a goal in the final PC after the siren that gave Altona the game. A huge effort from the Southern boys with great coaching from Jesse and James together with the pastoral care of Rob has given the Southern team the best result ever. Bring on 2018.

The reserves suffered a similar fate. 2-0 up at 30 minutes, but Hawthorn was not going to give up. The score moved to 3 all in the second half, then in the final minute Hawthorn scored giving Hawthorn the game. Great work Ross and to the boys, so close.

Our under 12 shield girls won the premiership. After finishing at the top of the ladder, some expats returning home led to some changes at the end of the season with Jaime stepping in to the goalie position, a tough gig so late in the season. With sad news for Brylee’s family the girls called in reinforcements for the game with Charlotte Carruthers stepping up from under 10 for the grand final. The game was tight, 1-1 for a large part of the second half, with Southern scoring late to take the premiership 2-1. This is a great for Southern United, with Hockey Victoria taking the great step that from 2018 under 12 shield and pennant will be a girls competition and a boys competition, not mixed, we have led the way. 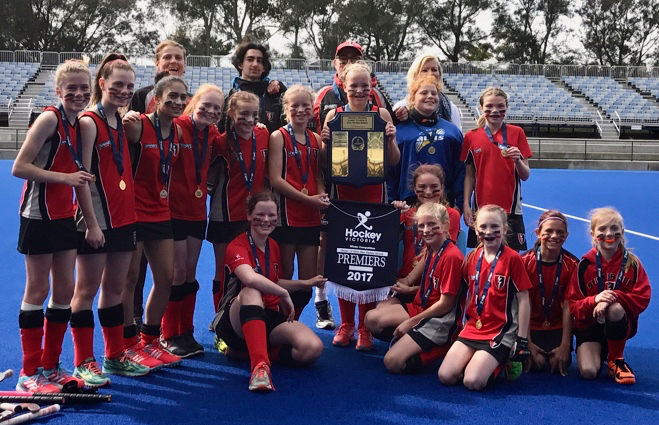 Congratulations to the Under 18 team which won the premiership on Friday night. The track record of the under 18s at Southern United since the introduction of this competition has been impressive. Runners up in 2015 and 2016, and then Premiers in 2017. A significant thanks to the master coach Steve Duffield. Buddha has been the mastermind behind this team, and his enthusiasm is infectious. This competition is a brilliant extra in the junior competition, keeping many of our juniors playing on a Friday night while studying VCE. The coaches over the years, Shan, Buddha and Mark Lambert, thanks for your support.Next year we hope to have another great team, even two, in this competition. 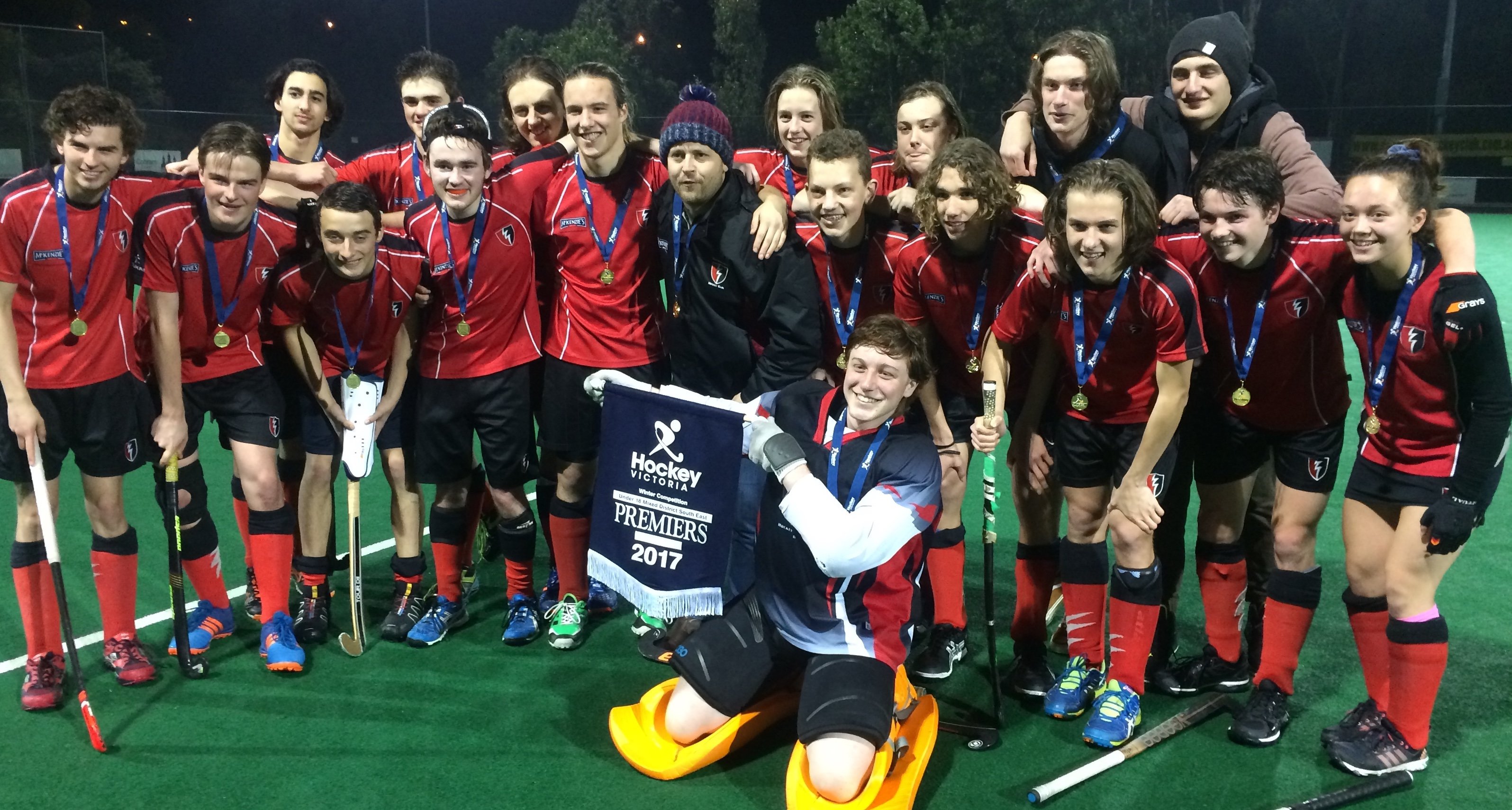 It was a very tough Friday night at the hockey centre, for the players, parents and supporters of our shield teams. To lose a grand final is always tough, to lose in a very close shoot out even tougher.As players and supporters we must remember what a great achievement it was to reach the grand final. The shield competitions are the A grade competition of the state, three teams in the grand final on Friday night, What an achievement. 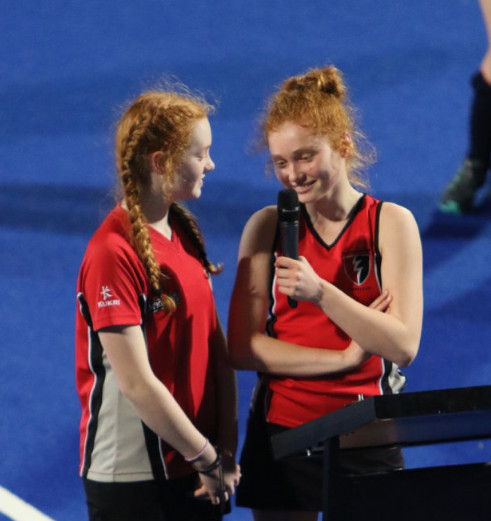 The Under 14 girls played a strong game and at half time the score was 1 all, with TEM a stronger team than in the previous game, in the second half the strength of the TEM players took hold, and finished with a 4-1 win.

The under 14 mixed team achieved so much after a rough start to the year. Camberwell had not lost a game all year, to finish at the end of time 1-1 was more than anyone had done all year. Shoots out are exciting to watch, but incredibly stressful for the players, and coaches (and parents of the goalies). The players held strong, but just didn’t get there. Next year is another year. 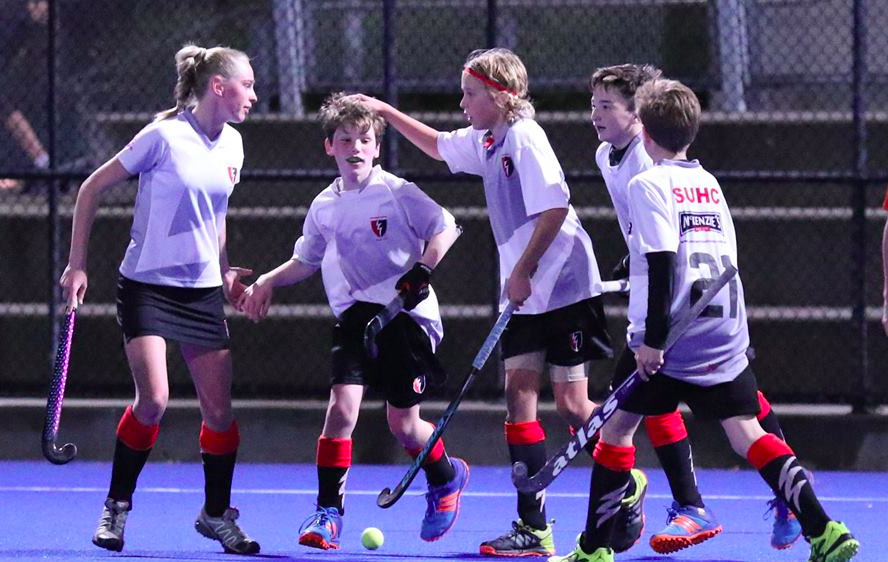 The under 16 mixed shield started strong with two early goals. Injury to Carlin did not add to the team, and Waverley managed two quick goals just before half time. The second half saw lots of opportunities for both teams, Southern had trouble converting the corners, and no score in second half, left it 2 all and on to shoot outs. After five shots, the game was still tied with 4-4 in the shoot outs. And with sudden death Waverley took the premiership after a ball so so close to the whistle of Craig’s. Great effort team. 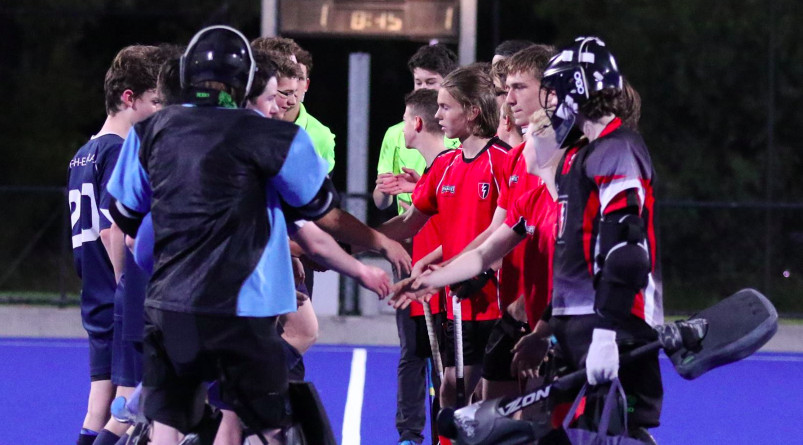 Pennant F had a week off after a belated win to their game against Powerhouse put them straight through to the grand final, leaving three men’s teams playing in finals for a chance to play in the big match: Pennant D, Pennant E and Metro A.Pennant D had the joy of playing Camberwell at Camberwell. The first game of the season was a draw – at home, the second Camberwell won 5-0 when Southern did not have their full team. The game started with Southern playing strongly and actually having some chances. With Southern going 2-0 up, and then Camberwell scoring one just before half time. Camberwell managed to have penalty corner after penalty corner in the second half, but great defensive work kept Southern in the game, finishing the game with a 4-2 win. Grand final against Essendon.

Pennant E played Brumbies at Farm Rd With many of the pennant E team, players from Pennant F and metro A were called up for duty. Despite this the team played in a close high scoring game fighting back from 2-4 down to 5 all close to the final whistle. Brumbies managed a late goal to take the game 6-5. 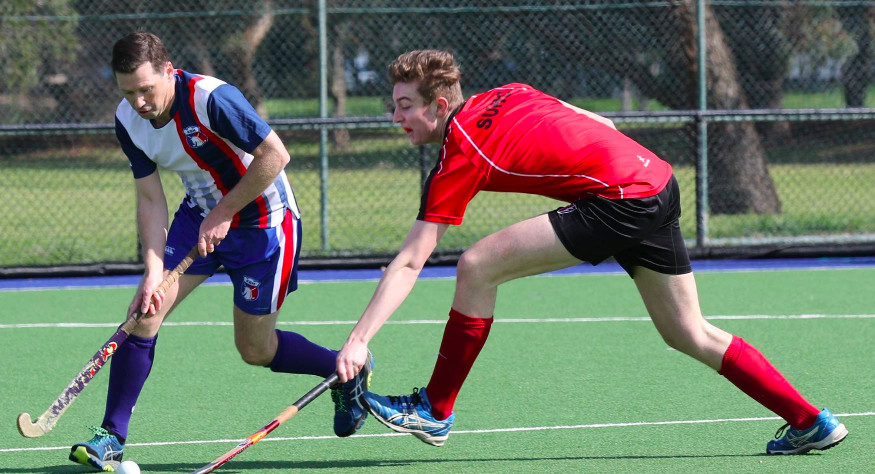 Metro A also hosted Brumbies at Farm Rd, with the result going our way 1-0, and Metro A moving to the grand final against Donnie.

Women’s Metro A seem to enjoy penalty shoot outs – with the team going to a shoot out again, after having the same fate last week. This week they finished with more success when after the first round of five, they move to sudden death, with a save by Sammie and a goal to Molly, the Metro A move to the grand final against St Bedes. The St Bedes game last week went to shoot out, anything can happen on grand final day. Please get out and support the team.