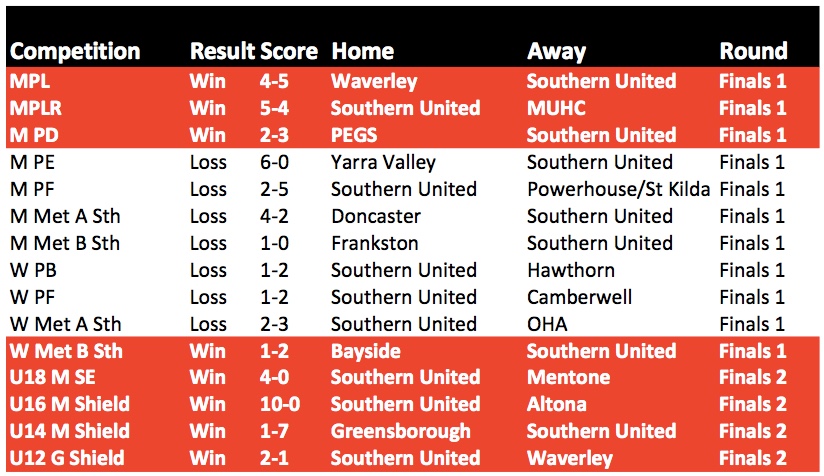 How brilliant. The men’s premier league live for another week in the finals taking out the final against Waverley with a penalty shoot out. With brilliant work from Ed and the attackers – Nathan and Josh Ephraums, Brad, Waseem, and Joey 4-3.   They play Altona in the next round of finals.

Five junior teams are through to the grand finals, including four shield teams. A massive achievement.

For the under 18s, this is the third year in the grand final, finishing up as runners up in 2015 and 2016.  Burra have been stronger all year, but can Buddha and the boys and of course girl, take the premiership this year.

Have a look at our website to see who the premiership teams of the past have been.

The masters do not get much of a mention here, but do deserve it. A special mention to the 35+ Ladies who have finished as minor premiers AGAIN. They play their qualifying final at H-1 on Wednesday night.

What a day. Southern in the premier league finals – first time ever. Eighth on the ladder playing Waverley fifth. At the end of time, 1-1, move to the shoot outs. 4-3 win to Southern, great work by Ed in goals, and Josh Ephraums, Nathan Eprhaums, Brad Marais and Wassem Ahmed find the net.  Watch the final goal by Waseem.

Next week on to Altona.

Men’s Premier League Reserves also finished in a penalty shoot out after a 3-3 result at full time. Hammo was in full flight for the shoot out and after 5, the score was 1-1 with Jesse the only scorer. MUHC had the first try in sudden death, and Hammo did it again, Carlin then finished the game breaking the tie. 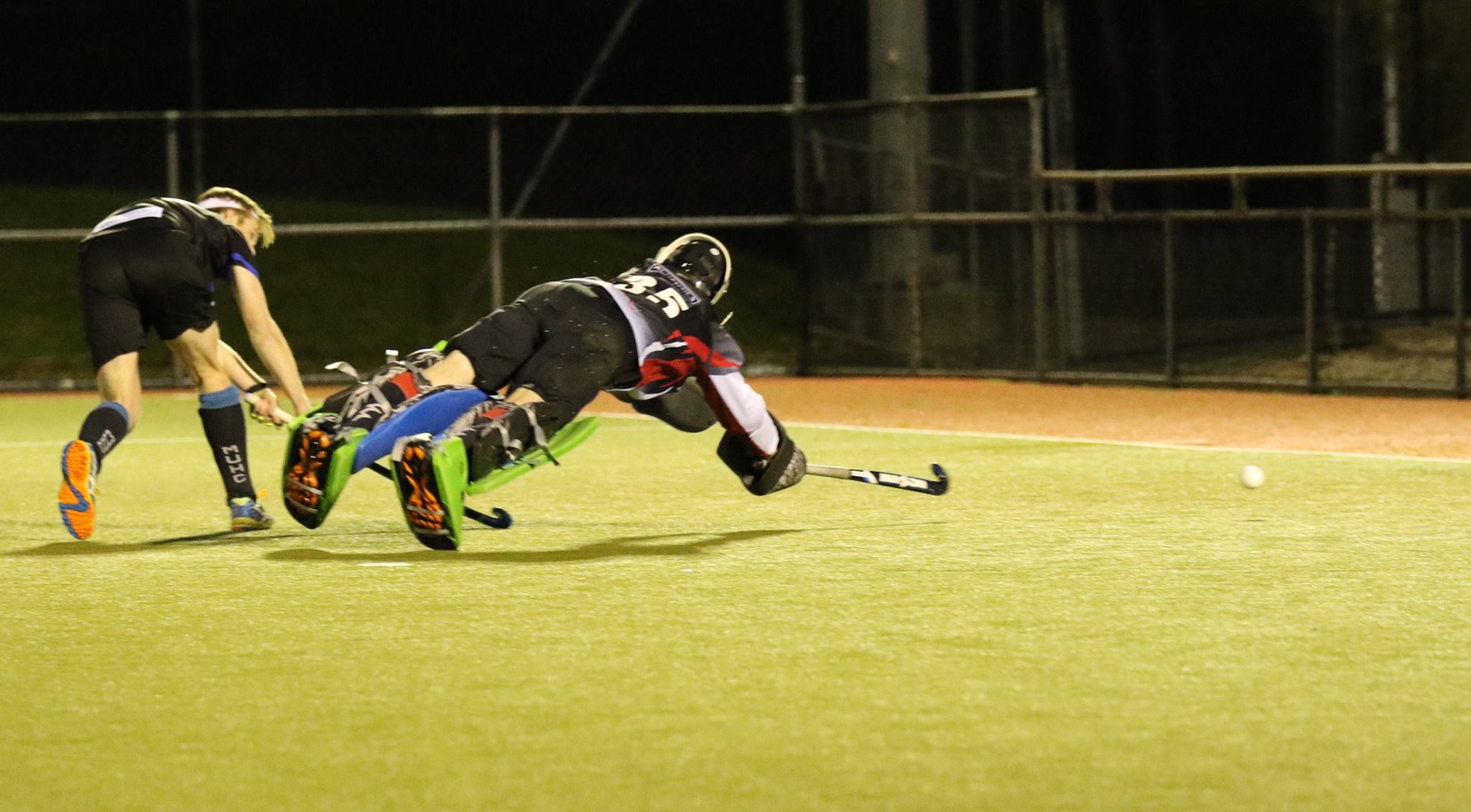 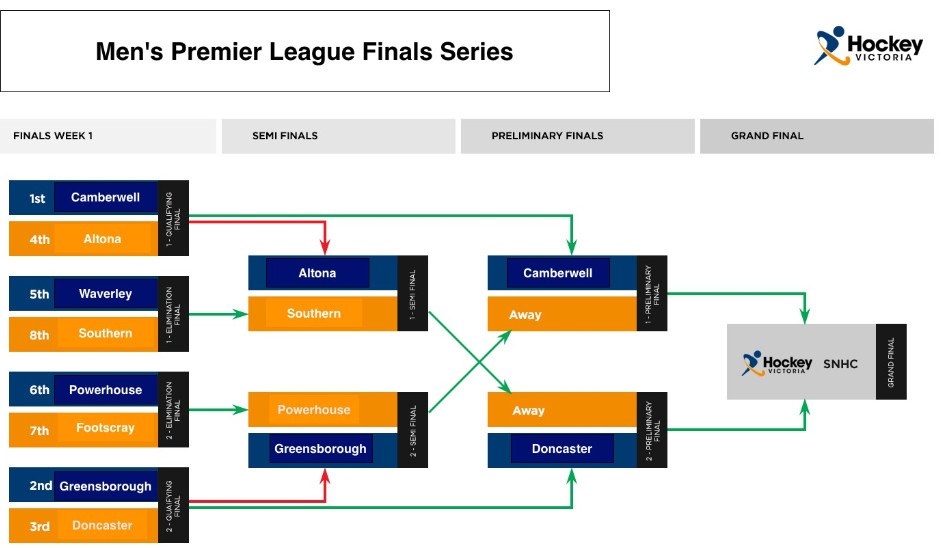 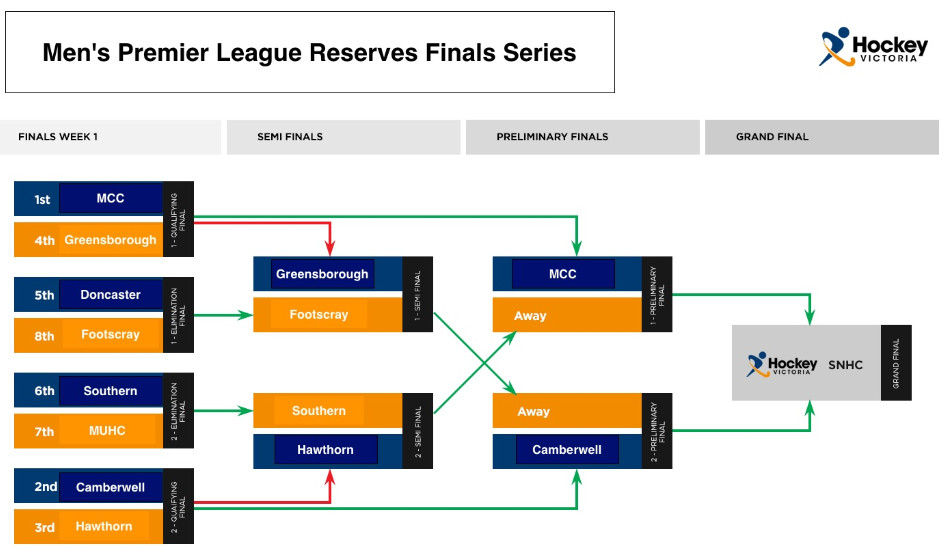 What a weekend of finals.

The Friday night started with the under 14 mixed shield playing the unlikely candidate of Burra in their preliminary final. Both teams were fourth in the conferences, and Burra had a surprise win over Essendon last weekend, and the Southern team had played like a team of champions they are last weekend to beat Donnie. This weekend the might of the Southern team took hold, taking the match 7-1.

At SNHC, the 16 mixed shield played Altona.  After not the best first 10 minutes, the team started powering forward and with some incredible passing between the team and an another incredible goal by Carlin from the baseline, the team took the match 10-0.

The under 18s played local Mentone at Farm Rd for their final, and finished with a great 4-0 win to face Burra – again – next week for their grand final.

The under 12 girls shield came back with vengeance after their loss last week, and kept their cool in a very tight game winning 2-1. 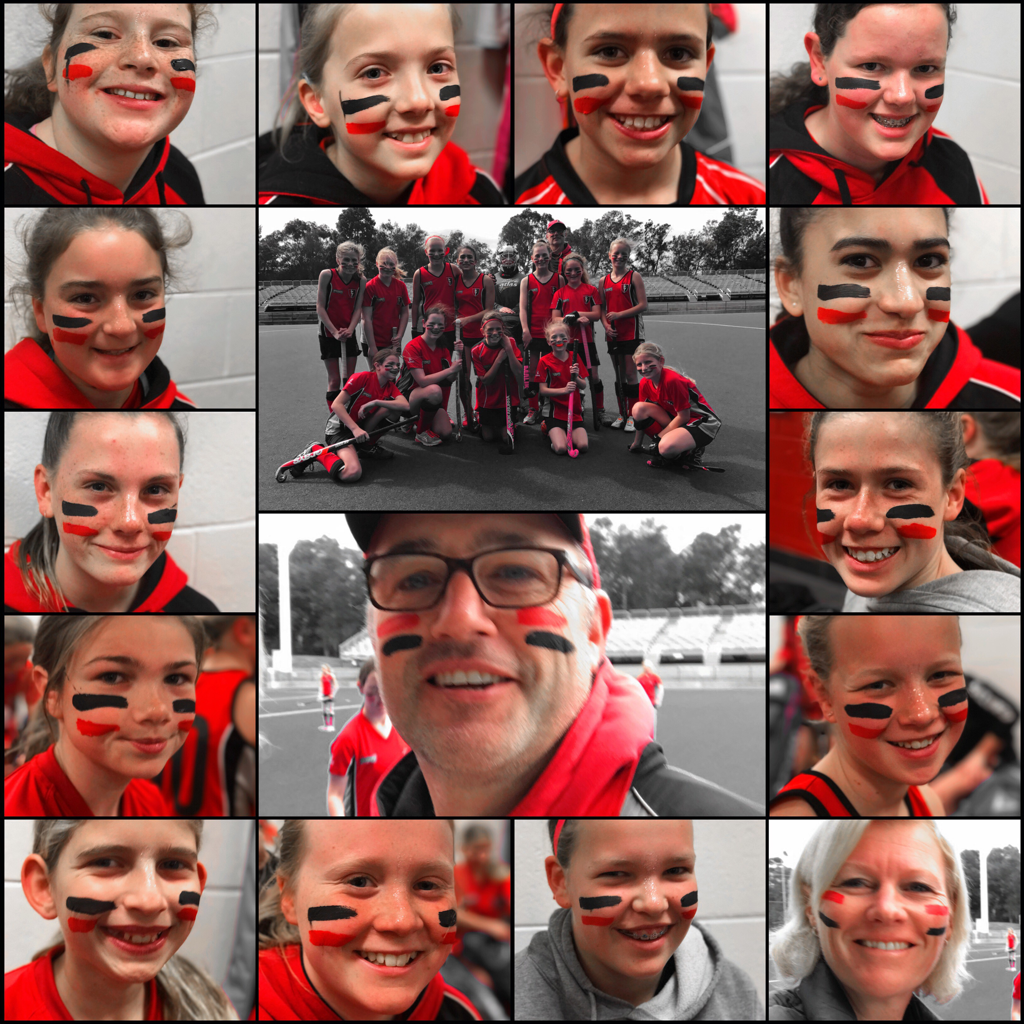 Tough day on the pitch for our men’s teams.

On Saturday the PE guys travelled to Yarra, to a tough home crowd. 1-0 down at half time, but the Yarra boys finished stronger, Southern going down 6-0. We live for another try against Brumbies at home.

The metro A guys travelled to Donnie, the younger stronger team ran away with Southern going down 2-0. Like Pennant E they have another chance at home against Brumbies.

Pennant F had a tough game against a surprisingly strong Powerhouse, with Powerhouse taking the match 5-2.  They too have another chance, also against Brumbies.

Metro B, the ultimate team of the “mosquito squadron”  and “less young” sadly went down to Frankston 1-0. Great work guys to get that far.

For the pennant D team, the game at PEGS was the end of a very long week of an off again on again final. The guys knew they could do it if they played at their best. The 3-2 win with some beautiful touches from Rob Graham really was a great finish for the weekend. Never has the song been sung with such gusto. Next week Camberwell. Thanks to Suzie and Helen, together with all the families of players that made it all the way to PEGS. Under 12 mixed pennant it would be great if you can make it to Camberwell to see your coach Andrew Layzell show his skills. 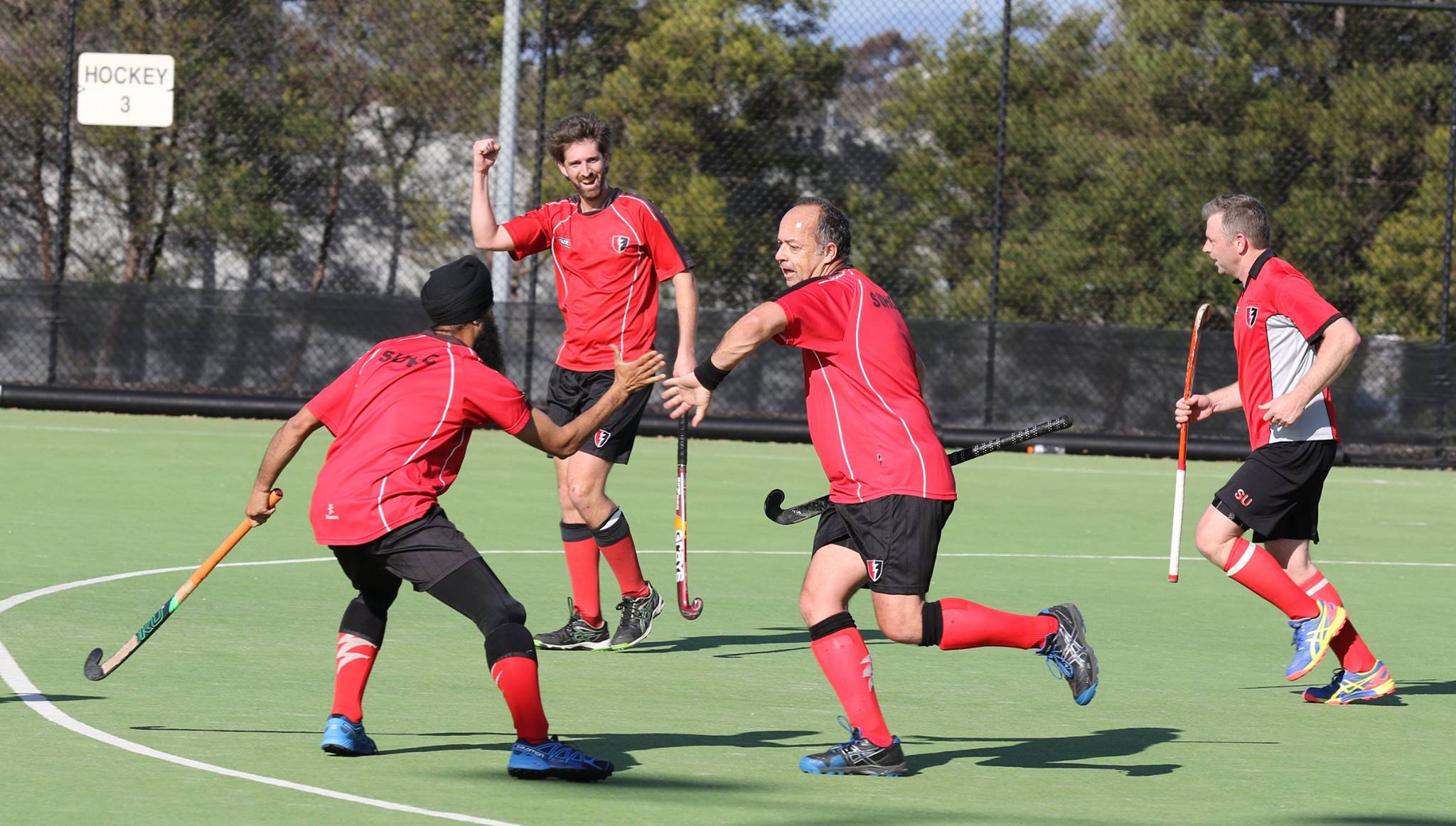 After a strong start to the season for women’s pennant B and pennant F teams, the latter half of the season has not been as kind. They both went in to the finals 3rd on the ladder, but could not quite get there in the elimination final.  The pennant B team went down to Hawthorn 2-1, while Pennant F went down to Camberwell.

The metro A ladies finished on top of the ladder, suffering their only loss in round 18.  The qualifying final against  OHA also did not go their way, going down to the wire with a penalty shoot out, and OHA getting the gig in the grand final. Metro A will play St Bedes in the preliminary final this week.

Metro B was the ladies team with the win for the weekend, beaten Bayside at Dendy St, giving them a preliminary final berth against Monash on the weekend.