With no juniors and premier league this weekend, a shortened wrap, and with school holidays and after affects of the Junior State Championships affecting player availability also “shortened” teams. 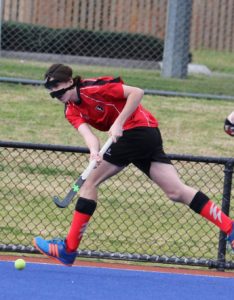 The pennant A team are not having the super year of last year, and Saturday was one of those days. Up against Waverley, the boys had a tough day. Waverley started the game with two very quick games, which was an ominous start, but the rain of goals did not continue with the Southern team going down 3-0.

Special mention to Ben Rogalsky who had his nose broken in the pennant A game last week. He has played the whole week in JSC wearing a mask, and continued in the PA game on the weekend. It must be pretty horrible playing in the mask, Ben, we thank you for your dedication.

Pennant A must be the oddest competition in a while with only 6 points separating 3rd and 9th.  Let’s get behind pennant A to make up some of those 6 points.

Pennant D were suffering with so many players out, with the old and wise missing, and the game against Camberwell showed that with the team made up of players from other teams not quite gelling and going down 4-0, not quite the result of round 2 where it was a draw. The second loss for the season, with other interesting results of the weekend, PD keep their spot in the four.

Pennant E had a home game against La Trobe, in round 2, Southern took the points with ease, in the end it was similar, although shortage of players at the start of the game was likely to give Helen a heart attack. A fill in goalie was needed for the game with Jack playing up in PD. Jason Bloms was enjoying some relaxing time watching PF, and bravely said he had played in goals a bit in juniors so was the one to put on the pads, and  did a great job, thanks Jason. Greg Edwards also stepped in to help on field, while Hayden and Rees hiked quickly back from Camberwell.  The result was a strong team taking the points from La Trobe.

Hayden thanks for all the massive work you have done for the club this year, whether it be helping with the hook in 2 hockey, under 8s, umpiring, assisting with the coaching of the ladies teams, or just playing wherever needed for the men’s teams. Your ability to marshall the troops will be missed for the rest of the year. Have a great time.

The Pennant F tried and true team kept their focus as always with a 7-4 win over Mentone. 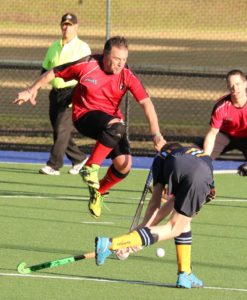 It was also great to both Metro teams have a win, keeping both of them in touch with the four. The mosquito squadron of metro B continued after a long week of hockey in JSC with a 3-1 win over Old Haileyburians, with Nick and Ed Fitzgerald scoring one apiece and one to Marcus Barber.  In Metro A, Jacques continued the current trend of Southern goalies, taking his pads off and playing on field and scoring two goals in the 3-0 win over Bayside.

The ladies team were suffering from missing plays just as much as the men, with many of the girls who played JSC unavailable.

The pennant B team, 3rd on the ladder, played Greensborough in 8th position, but the result was not as wanted, with the ladies going down 2-1.

Pennant F found players from lower grades to fill in, and had a great result with a 3-1 win, with Molly O’Neill filling in from Metro A, after a long week at JSC continuing her scoring form from last week with the hat trick.  This team has not lost a game all season, with only one draw. This coming weekend they play top of the ladder Caroline Springs at Farm Rd. Let’s see how we can support them.

Metro A  continued their winning form, with a 3-0 win over St Bedes, with Molly, Hope and Nicola scoring a goal each.

Metro B the lowest team as always can suffer the most with missing players as players are moved up to fill the gaps. Metro B went down 7-0 to Mentone.